Bisphenol A has been discovered to play a major role in an increasing number of health concerns, including reproductive problems, developmental disorders and metabolic problems. Bisphenol A, or BPA, is an endocrine disrupter. This chemical is commonly used in can liners, paper products and babies’ bottles. Human amniotic fluid, urine and blood have all been found to have significant BPA contamination.

According to a study that was performed at the Universite Paris-Diderot and the Inserm Unit 872 Centre des Cordeliers, Bisphenol A may also be linked to serious dental health concerns. According to the research team’s analysis, which was published in the “American Journal of Pathology,” rats that were given daily doses of BPA had a dental pathology that was similar to enamel anomalies identified in nearly 20 percent of children who are between the ages of 6 and 8.

Rats were given low daily doses of BPA and then observed. Researchers noted that the treated rats suffered from MIH, or molar incisor hypomineralization. Their teeth were poorly mineralized, which left them prone to tooth decay and highly sensitive. The rats also experienced white discolorations on their incisors, which is similar to that noted on the children’s teeth. Brittle, poorly mineralized teeth may be more prone to other serious dental pathologies as well.

Researchers warned that BPA could have similar mechanisms of action in humans and may be responsible for the increase in MIH among children. Teeth may be considered an early marker of endocrine disruptor exposure and enable earlier identification of more serious pathologies.

Pregnant women and children may benefit from avoiding BPA, which is most commonly consumed in the diet. BPA is often found in certain types of plastics used in food or drink packaging, water bottles, baby bottles and food cans. It can also be found in safety equipment, on printed receipts, on compact discs and in some types of dental sealants. Eliminating exposure may not be possible, but most people can minimize their exposure particularly during the most critical time for tooth development.

Contact our Los Angeles dental implant specialist today to learn more or to schedule a consultation. 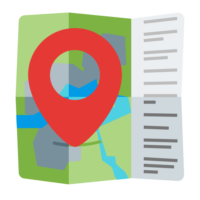